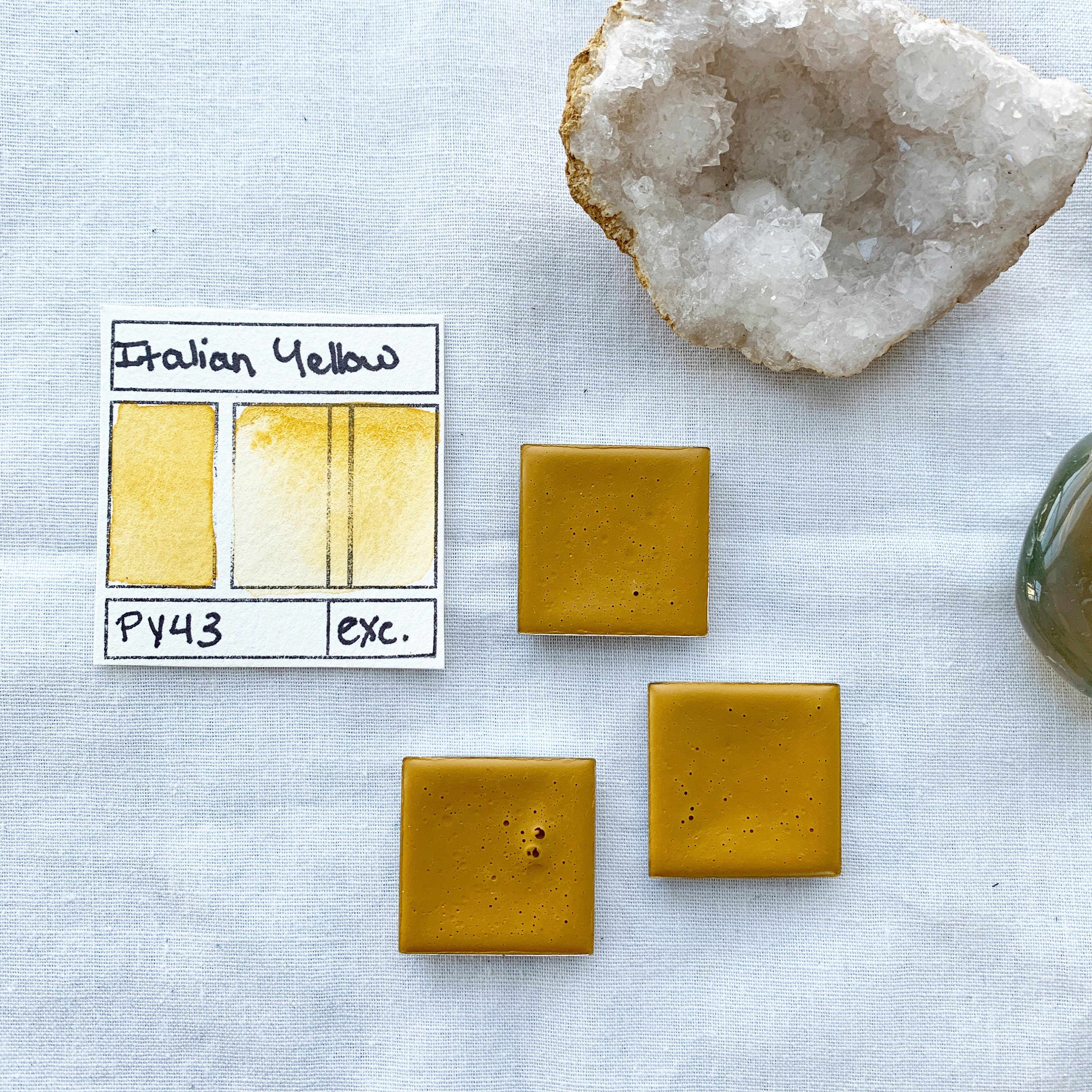 Ruby Mountain Color Notes: Yellow Ocher⠀⠀⠀⠀⠀⠀⠀⠀⠀ ⠀⠀⠀⠀⠀⠀⠀⠀ Yellow Ocher is one of the earliest colors humans are known to have used. It is also one of my favorite yellows becuase yellow ocher is a stable, lightfast color with good tinting strength. Shown here is Italian Yellow Ocher, a natural yellow from Italy. Yellow ocher is a common pigment and can be found around the world,  on the walls of the Lascaux Caves in France and used by the Tiwi Islanders in Australia. Luberon, France is one of the best known sources, where the hills are multicolored from the ocher deposits. The Blue Ridge Mountains in the USA are another modern source of yellow ocher.

In ancient China, golden yellow was a favorite shade among emperors and common people were forbidden from wearing it. Royal roofs were also this golden yellow shade while commoners had plain gray roofs. In India, the color is associated with spiritual power, symbolozing peace and knowledge.

Are you a fan of yellow ocher? What is your favorite shade of yellow?