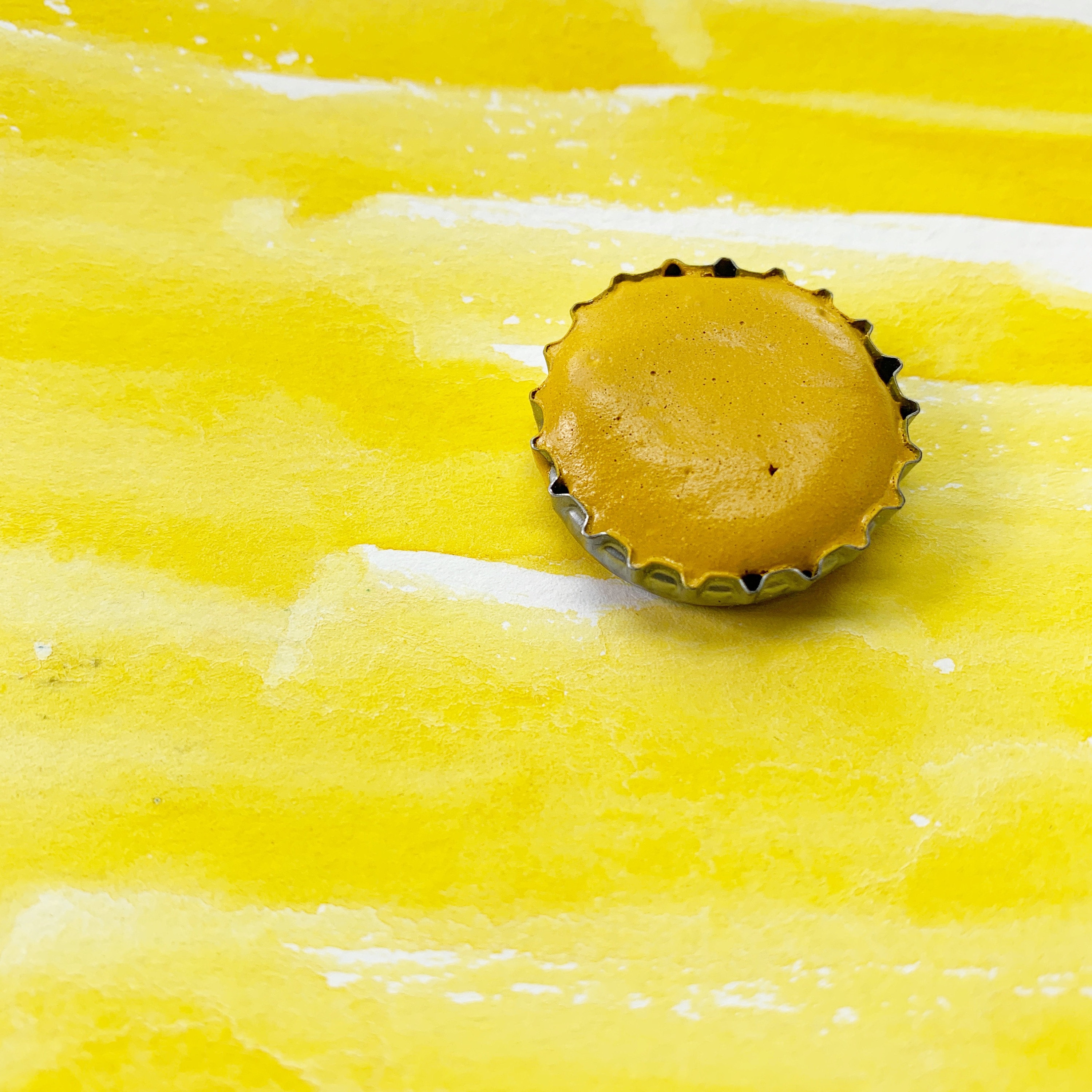 The history behind Indian Yellow is a strange and obscure story. Many Indian painters used this color in the 17th and 18th centuries, although no one seems to be quite sure where this color came from or why it's use died out. For Westerners, this pigment was a product of trade and colonial empire. It began making its way to Europe in the 1700's in the form of powdery balls that were egg yolk yellow in the center and with the telltale smell of ammonia. It had such a strong scent that colormen like George Field and Messrs. Windsor and Newton, would have known what was inside their package the moment they began to unwrap it.  Although many artists knew it had some kind of animal origin, it wasn't until Sir Joseph Hooker wrote a letter in the late 1880s, inquiring about this mysterious color. Nine months later he received a letter in return, detailing the process of Indian Yellow. In a little town in Bengal, there was a small group of milkmen who tended a herd of ill-nourished cows they fed only mango leaves. This resulted in the cows producing an extraordinarily yellow urine, which was collected, boiled down, strained, and then rolled into balls of sediment that were toasted over a fire and then left to dry. Shortly afterword, the pigment seemed to vanish and people since have been unable to find any record of these poor cows or the pigment makers.

My version of Indian Yellow is called Golden Yellow, and it has been offered in my shop consistently since I started selling watercolors. I like this warm yellow for it's tinting strength and golden hue. Indian Yellow was not entirely lightfast, but modern chemistry has allowed this color to be synthesized in a lab and recreated with modern pigments. Do you use Indian Yellow or Golden Yellow in your palette? Indian friends, have you ever heard about this mysterious color? Let me know in the comments below!