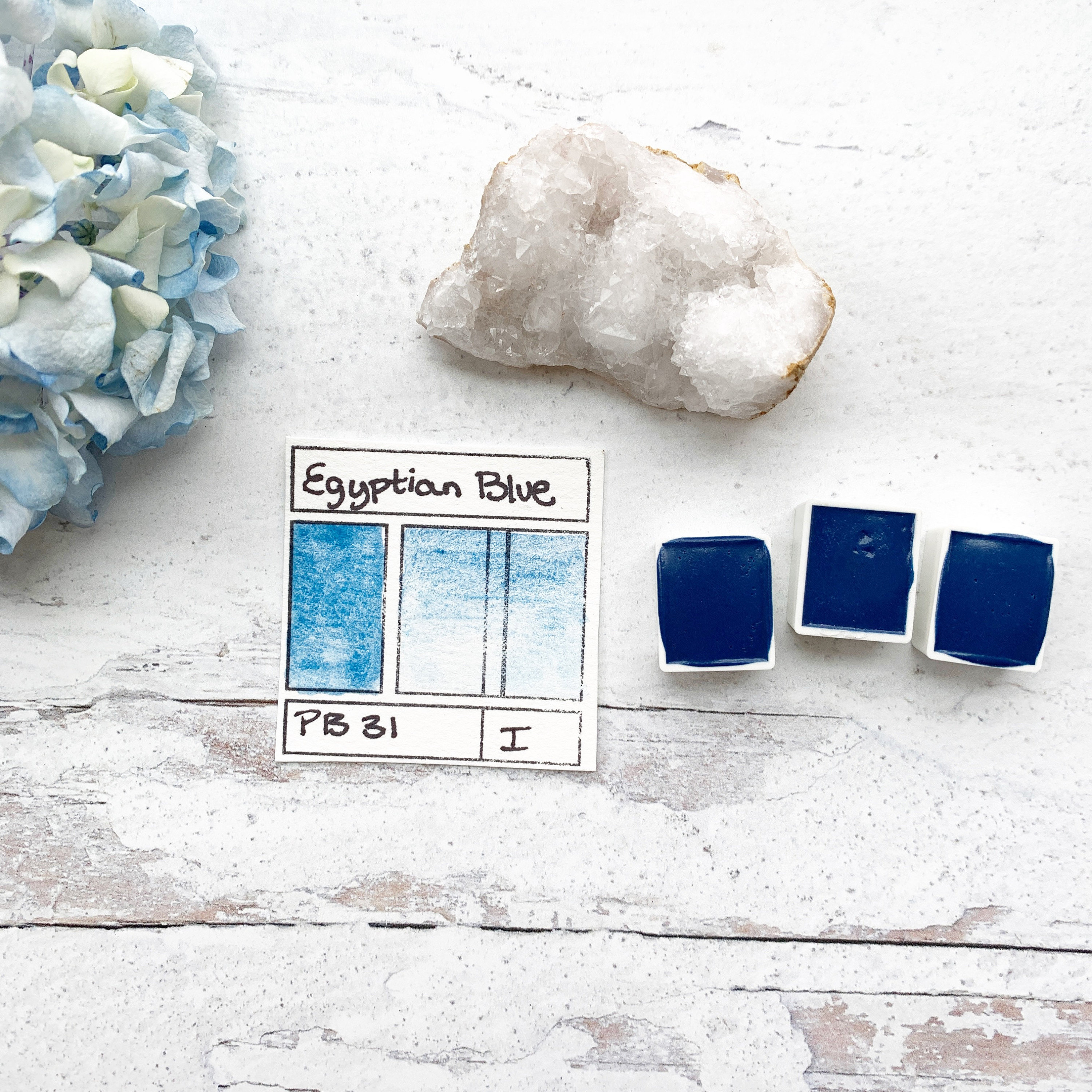 In Egypt, blue was the Nile and the sky. It was said to bring prosperity and dispel evil.  Blue beads were highly coveted and considered to have magical properties. Although Egyptians had natural blues like azurite and turquoise, Egyptian Blue was a favored pigment. Egyptian Blue was used by scribes to write with, has been found in hierglyphics, on wall paintings and in glaze on pottery. First manufactured around 2500 BCE, the first culture to call it Egyptian Blue was the Romans. The Egyptians simply called it "artifical laspis lazuli" or iryt hsbd. It was a very long lasting and lightfast color. Producing it was quite a technical challenge, as both the temprature and oxygen levels had to be carefully controled. Egyptian Blue enjoyed a long use in Egypt before it fell out of favor with artists in the middle ages who prefered the more valuable ultramarine made from Lapis Lazuli.