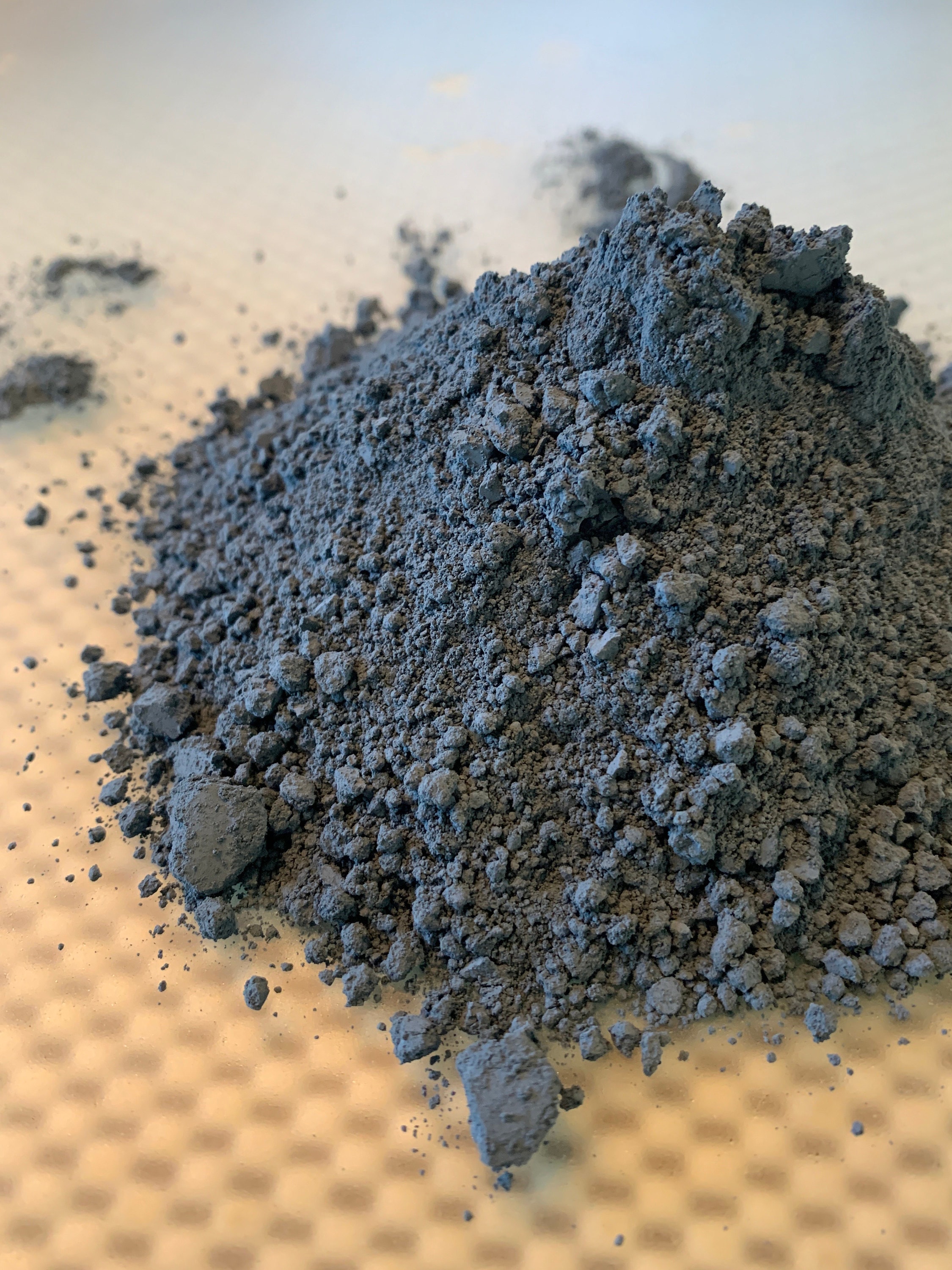 In 1963, an American B-26B bomber crashed in Vietnam and the crew was listed as missing in action. Decades later, their blue-tinged skeletal remains were identified and sent back to the US. American investigators were at first confused, thinking someone in Vietnam had purposely painted the skeletons blue. Further investigations revealed the blue substance was Vivianite, a natural blue mineral that grows in damp conditions that are high in iron and phosphorous. Vivanite has formed on human remains that have been recovered from graveyards, old battlefields, alpine lakes and glaciers.

Vivianite is sometimes called blue ocher, and is one of the only natural minerals that is blue. Vivianite is made up of hydrated iron phosphate, and can vary from darker blue like indigo to a more blue gray hue. Formed by an anaerobic process,  it is often found along the edges of lakes, oceans and in bogs.

Although rarely found on European easel paintings, Indigenous people from the Northwest Coast of the US and Canada used Vivianite liberally as a pigment. Vivianite is colorless until it hits the air and light. If it is a sunny day, it can change from colorless to blue within an hour. Surprisingly, vivianite mixed with only water is very durable as a pigment. There are some objects painted with Vivianite and water that are over 400 years old and still bright.

If you are curious about how Northwest Coast cultures used natural pigments, click here and you'll be taken right to a very interesting article titled, "Coloring the Native Northwest Coast" by Melonie Ancheta of @nativepaintrevealed.